Abortion is a very heated subject right now, especially in the States. I personally am in the pro-choice category. No, this doesn’t mean that I am pro-abortion; it just means that I believe that it is a woman’s right to choose what’s right for her body. The new State that has been scrutinized recently is Texas, with its abject new abortion law.

Remember, these are the same people who were shouting my body my choice when it came to the mask mandate, but when it comes to policing a woman’s body, they see no infringement on one’s human rights. To be honest, this looks like an episode of The Handmaid’s Tale, and we are waiting for Aunt Lydia to make her grand and dramatic appearance.

Welcome to the United States, a new dystopian world we inhabit; no, this is not fictional; it’s worse. America is known as the land of the free, except if you are a woman or a minority. So, without further ado, let’s dive into this blog and learn more about abortion laws. 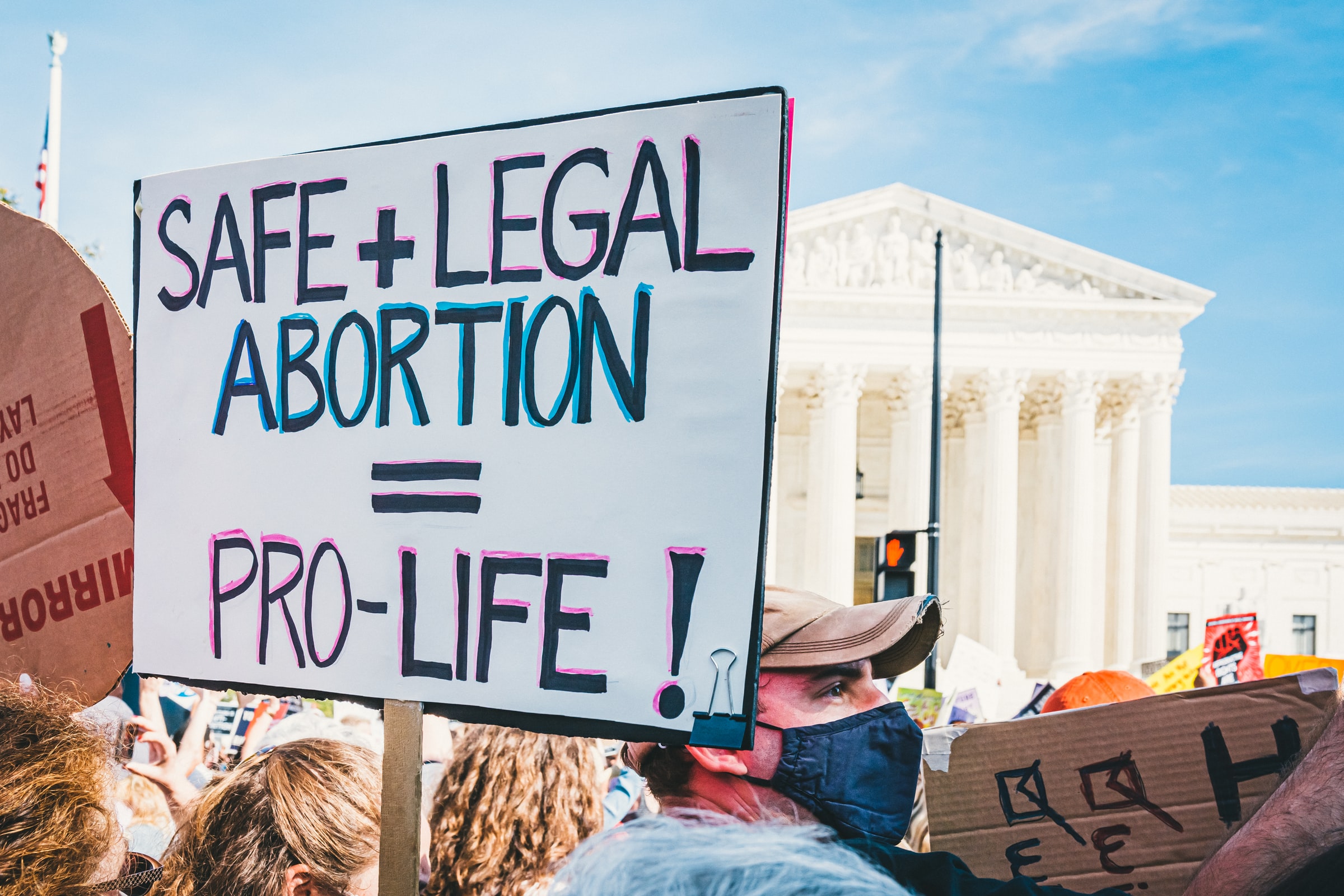 In 1973, the US Supreme Court ruled that abortion was legal with the landmark decision of Roe v. Wade. Since then, anti-abortion activists and policymakers have mobilized to overturn that decision, and today we are seeing the fruits of that labor. Attacks on the Roe decision intensified when President Donald Trump nominated two new Supreme Court justices who have expressed anti-abortion views.

However, it is important to note that the law is not the only factor that determines whether women can access abortion. Since 1973, anti-choice activists have been steadily eroding access to abortion, including erecting financial and logistical barriers, making access difficult or impossible despite what the law says.

2. It is already difficult for many to obtain abortions in the United States

Take Alabama, for example. In May, the governor of Alabama signed into law a draconian law that allows for life imprisonment for doctors who perform abortions. Yet, in practice, abortion is already unavailable to many women in Alabama.

The Guttmatcher Institute revealed that in 2014, 93 percent of Alabama counties did not have clinics that performed abortions. So most Alabama residents must travel to other states to access abortion. Even so, many women cannot afford to end their pregnancies.

That’s because Alabama, like many states, does not include abortion on the list of health services that low-income people can receive through Medicaid (a publicly funded health coverage program). Today, all states must provide public funding for abortions in cases of rape, incest, or threat to life- but in many places, these exceptions will no longer make sense if draconian new laws take effect.

3. The number of abortion clinics in the United States is far from adequate 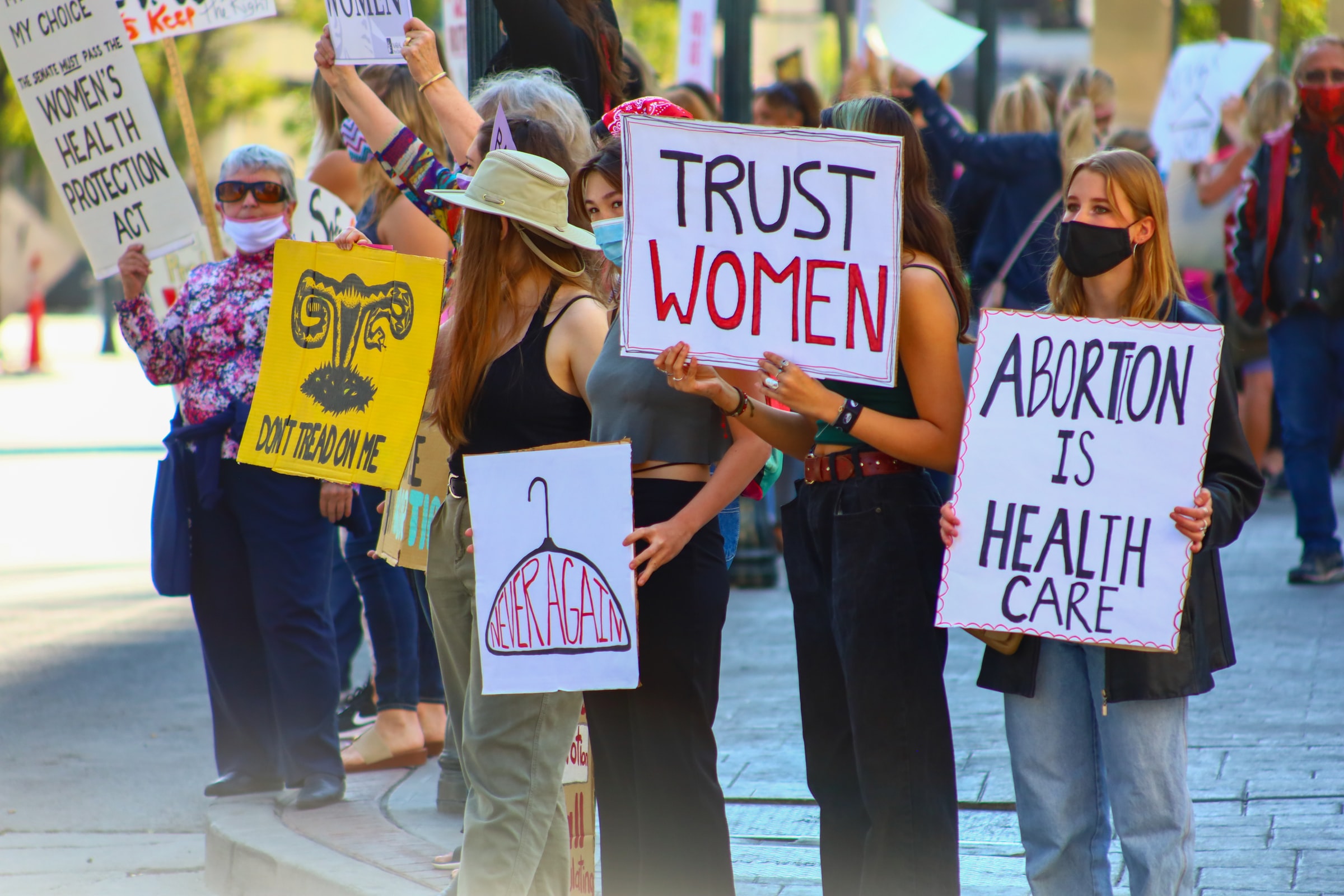 Six US states have only one clinic providing abortion services. Twenty-seven major US cities and much rural America are abortion “deserts,” with most residents living more than 100 miles from an abortion facility.

One way anti-choice activists are trying to wipe out essential services is through targeted regulation of those who perform abortions via “TRAP” (Targeted Regulation of Abortion Providers) laws. These laws include stringent registration requirements that make it difficult for these services to remain open.

For example, state authorities may specify how wide the hallways in a building where doctors perform abortions must be, the size of parking spaces, or the distance from a school. These standards have nothing to do with patient safety. They are intended to put so much pressure on abortion facilities that they are forced to close.

4. Some states have banned all abortions in practice

In Alabama, new legislation prohibits abortion from the moment a woman is determined to be pregnant, without exception. This is currently the strictest law. Five states-Georgia, Ohio, Kentucky, Mississippi, and Louisiana-have passed laws that prohibit abortion after about six weeks, which is before many women realize they are pregnant.

5. It’s not just total bans that worry us 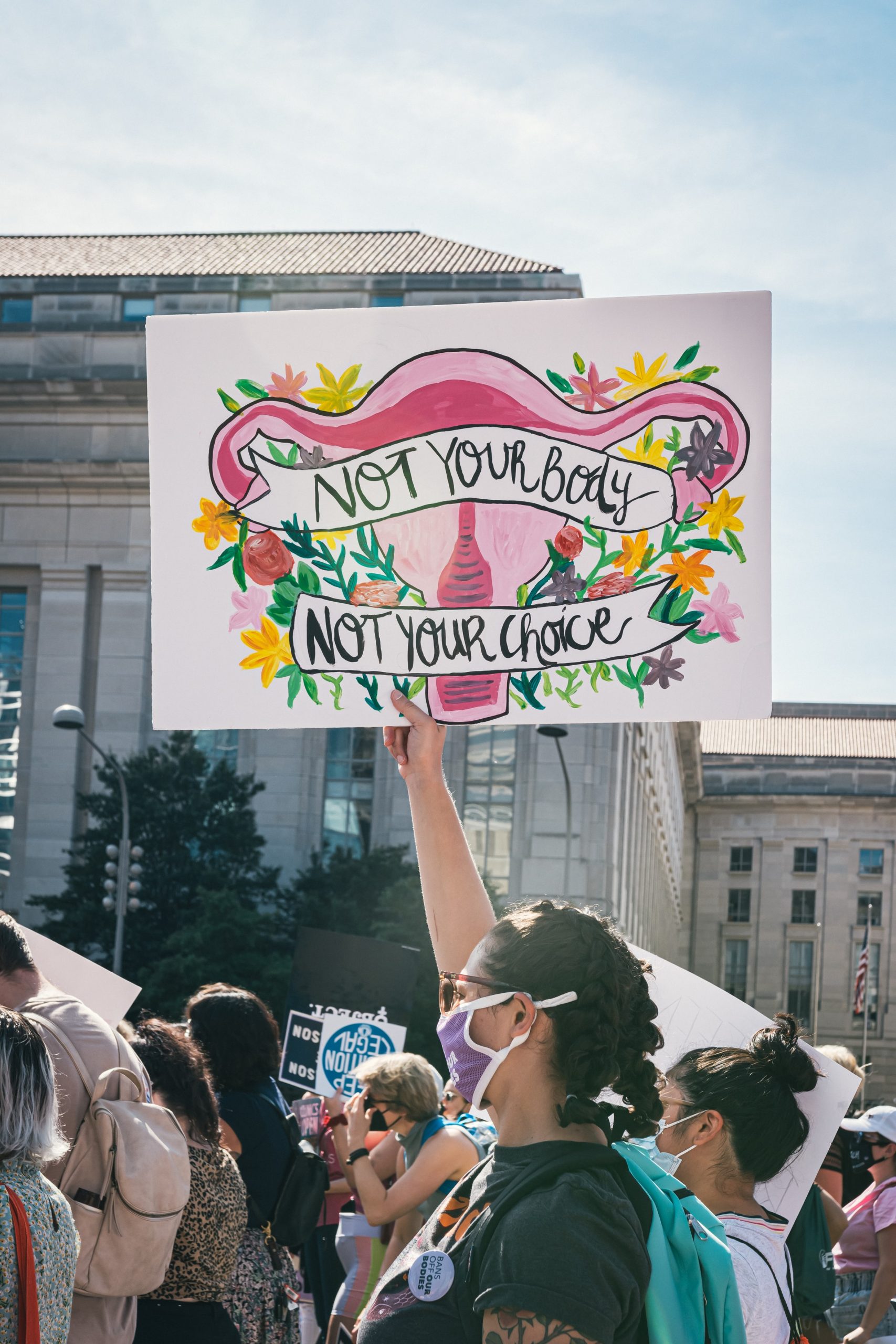 According to the Guttmacher Institute, 42 abortion-related restrictions were enacted between January 1 and May 15, 2019. These range from measures like banning certain fairly common procedures to mandating parental consent for teens seeking abortions.

6. These new laws will result in injury and death

Anti-abortion laws do not reduce or eliminate abortions, and they make them more dangerous. When performed with the help of a trained health professional under safe conditions, abortions are among the safest medical procedures available.

However, when they are restricted or criminalized, women are forced to seek less safe ways to end their pregnancies. Worldwide, an estimated five million women are hospitalized each year for treatment of abortion-related complications, and approximately 47,000 die as a result.

7. These laws are discriminatory 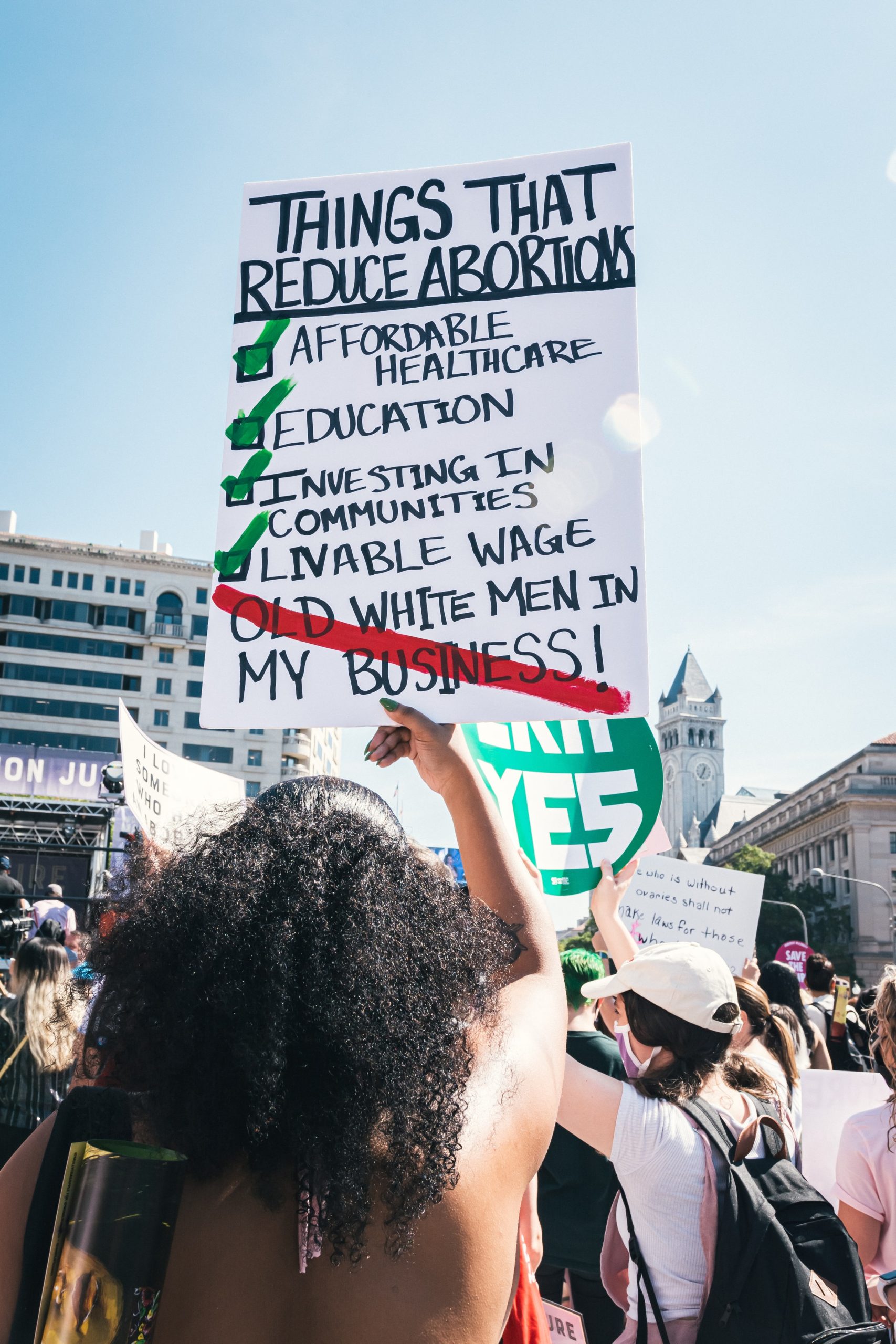 Low-income women and girls- including teenagers, women of color, migrants, and refugees – are the hardest hit by abortion restrictions because it is more difficult for them to pay fees, travel abroad, or take time off work.

African American women are three to four times more likely to die during pregnancy or childbirth than white women in the United States. This shameful inequality is likely to worsen due to new laws that make pregnancy more dangerous.

These laws are a blow to LGBTQIA+ people, whose rights are being severely undermined under the Donald Trump administration. Transgender people in the US already face many barriers to accessing reproductive health services, and this round of new laws will only further exclude them.

8. Donald Trump’s anti-abortion agenda does not just affect people in the US

In 2017, President Donald Trump reinstated and expanded the “global gag rule.” This rule states that any organization working abroad that receives US health funding cannot even mention abortion as part of its counseling or education programs- even when the US does not fund those specific programs itself.

Even if the people in charge of these programs believe that pregnancy puts a woman’s health at risk, they cannot tell her that abortion is an option or direct her to safe abortion. A recent study found that this policy makes a range of services less accessible, including contraceptive services, HIV/AIDS testing and care, cervical cancer screening, and support for victims of gender-based violence.

9. 73% of Americans want abortion to remain safe and legal 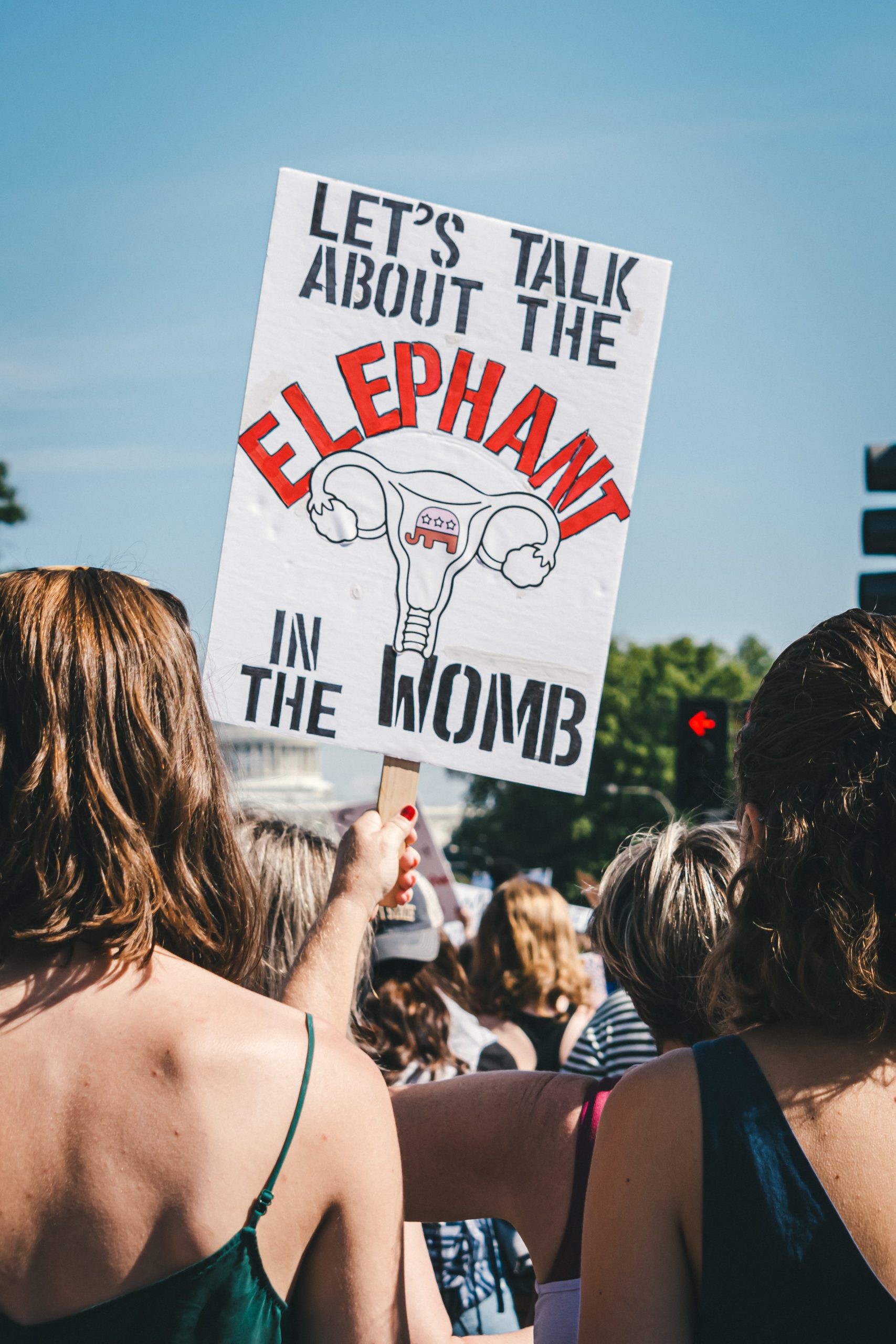 Lawmakers who impose these excessive restrictions on abortion access do not represent the views of the majority of Americans. An independent poll released in January 2019 found that two-thirds of Americans think abortion should be legal in “all” or “most” cases and 73% oppose overturning Roe vs. Wade.

None of the abortion laws passed this year have gone into effect yet, and abortion remains legal in all 50 US states (as of June 11, 2019). The American Civil Liberties Union (ACLU), Planned Parenthood Action Fund, and others have vowed to fight back, and lawsuits are already being filed in several states.

On May 31, Planned Parenthood Action Fund won a court case to keep Missouri’s only abortion clinic open on the day it was to close. The “six weeks” bill that was to be implemented in Kentucky was temporarily blocked.