Top Reasons Why Prostitution Should Be Legalized

Prostitution is a complex issue that has been the subject of intense debates in many countries for many years now. To a large extent, the focus of these debates has been upon the legalization of this what they called “the world’s oldest profession”.

Majority of countries in Africa and Asia legally prohibit prostitution and any activities associated with it, including running of brothels and pimping. Prostitution is also illegal in the United States, except in some parts of Nevada. However, countries, like Netherlands, Germany, Indonesia, New Zealand, and Canada, legally accept the exchange of money for sex. Countries, like Mexico, Argentina, Austria, France, and Italy also allow prostitution, but do not allow pimping and running of brothels. Some people believe that legalizing prostitution brings a lot of benefits not only for the workers, but for the entire economy as well.

Here are some reasons why countries that prohibit prostitution should legalize it, just like in Germany and New Zealand, among others.

It Would Make Sex Workers Healthier.

In places, where prostitution is illegal, sex workers are, in fact, more susceptible to sexually transmitted disease (STD) because of lack of access to healthcare and other social services. This is not to mention that sex workers face discrimination, stigma, and harassment, which drive them more to less likely practice safe sex. Furthermore, sex workers usually experience panicky situations, wherein they are forced to forgo wearing protection, such as the pressure from their pimps and clients, and the fear of using their condoms as evidence against them when law officials caught them.

If governments legalize the sale and purchase of sexual services, it would substantially reduce the number of cases regarding STDs and more importantly, make all sex workers healthier. Once legalized, they can require every sex worker to use condoms and be medically examined regularly for HIV and other related diseases to protect them and avoid causing of widespread health problems. This will not be hard to execute because what sex workers want is money and not disease. 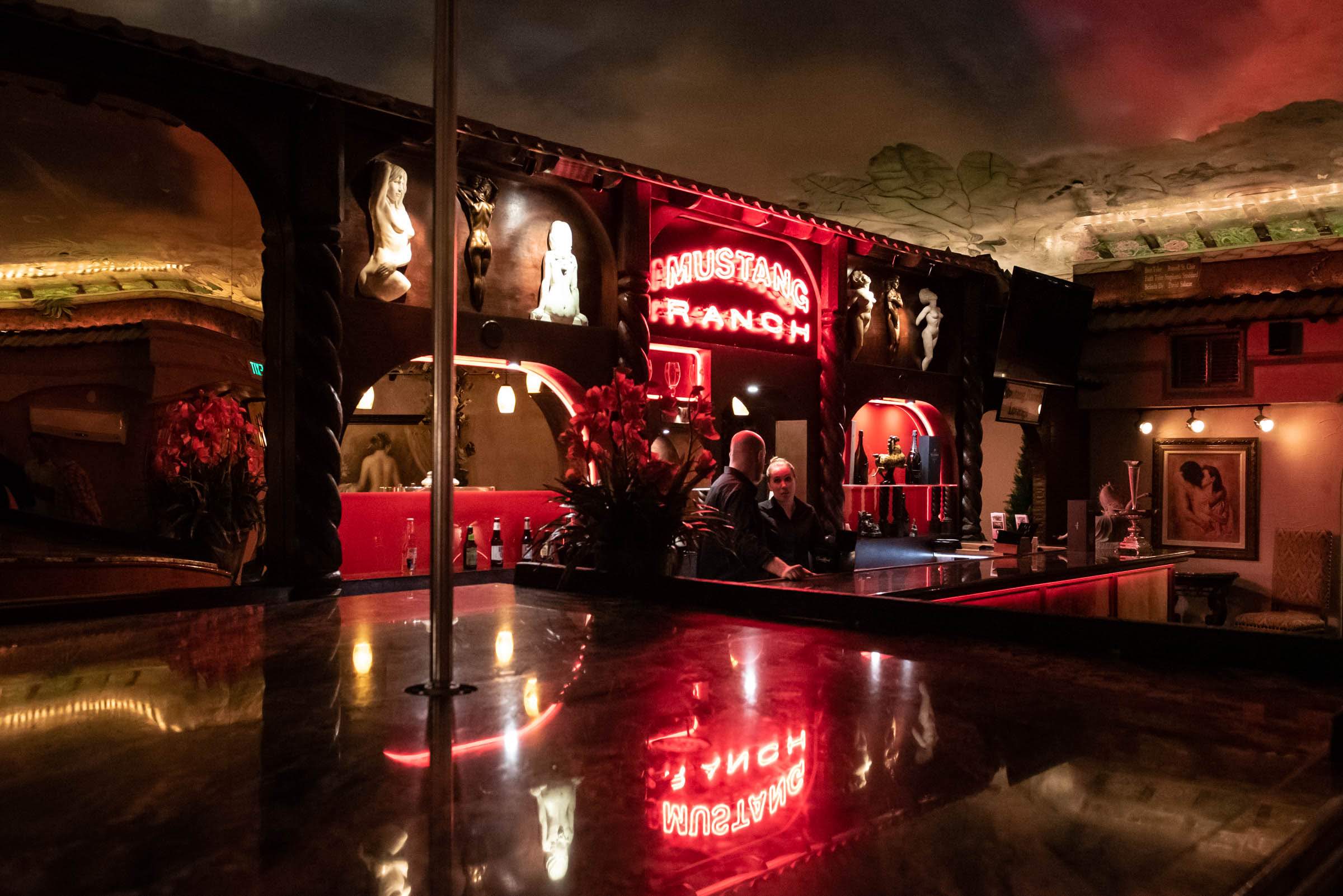 There have already been lots of studies performed and evidence gathered proving that legal prostitution reduces rape, sex violence, and other sex crimes. One study that shows the correlation between legalizing prostitution and declining rape cases comes from Rhode Island, where they accidentally legalized prostitution. In 1980, lawmakers accidentally removed the section that defined prostitution as a crime, and it went unnoticed until 2003. Technically, it had been in effect for almost 3 decades, from 1980-2009. During those years, the number of women involved in prostitution and size of the indoor sex market largely increased. But surprisingly, rape cases have declined by 31 percent. Researchers have also found a 39 percent decrease in the incidence of gonorrhoea.

Child prostitution is a significant global problem, both in developed and undeveloped countries. Sexual exploitation is profitable because its illegality brings legal risks that encourage pimps to demand higher cost. In most developed countries, particularly in the United States, the average profit per forced sex worker is nearly $70,000 a year. This is the very reason why sex exploitation is so rampant all over the world that despite the actions that the government do to stop it, children are still continually exploited.

By legalizing prostitution and implementing more strict laws regarding it, we can abolish child sex slavery.

It Could Help Us Fight Against Human-Trafficking.

Another important reason why prostitution should be legalized is because it could be a potential solution to fight human trafficking. While prohibitionists claim that decriminalizing prostitution and related activities – including pimping and maintaining of brothels – encourages the growth of human trafficking, recent reports and studies don’t support them. In fact, they oppose them. In Germany, when they legalized prostitution, cases of human trafficking significantly decreased by 10 percent from 2001 to 2011. But what’s better than this is the fact that only a few numbers of children are involved in sex trades because young ones are not forced to join sex trade there. The average age of sex workers in Germany is 31.

If legal, women and children victims will become more willing to come forward and report traffickers, abusive clients, and greedy pimps to the law officials.

Prostitution Is A Victimless Crime.

Sure, some women in prostitution, particularly those who are kidnapped and held against their will, are victims, but I believe that for the most part, prostitution is a victimless crime. Just like what other people are saying, some women, who are in the business, chose to offer their service willingly and no one forced them to.

Let’s all remember that every woman is different. While there are women who see sex as a sacred thing that should only be given to the person they love and they will marry, there are also women who view sex as an ordinary activity that you can do with anyone. In fact, there are women who would rather have sex for an hour with someone they have just met, than work in a restaurant taking orders and cleaning toilets for 10 hours. But there are also women who would rather be in poverty than give their body to someone unworthy. Not all women are the same.

It Would Give The Sex Workers Employment Rights.

Everyone, who is legally employed, has minimum rights and entitlements given by law, such as safety rights, minimum wage, health benefits, vacation pay, and protection against unlawful discrimination. And since sex workers don’t work legally, especially in countries that do not consider prostitution as a legitimate work, they don’t get any of these rights.

So, if an illegal sex worker is abused by her pimp or client and not paid accordingly, she can’t complain to the law officials because she is excluded from federal employment standard legislation. And even if she is forced to conduct the sexual activity in an unsafe place and the client demands an unprotected sex, she can’t afford to resist. And worse, sex workers with HIV/AIDS are denied to get health treatment, which they terribly need in order to survive.

Everyone deserves to be protected by law no matter of type of work people do, and that includes the sex workers.

There’s an obvious reason why prostitution has been called “the world’s oldest profession”. It’s been around since almost the beginning of time, and it will always be. Even if all the nations around the world will unite to abolish it, they will never succeed.

No matter what we do, there will always be people, who will pay money to get sex for pleasure, and there will always be women or even men who will offer their body for money. Prostitution has been a part of the many cultures all over the world, and it will not be easily eradicated. So rather than wasting time and money in regulating ineffective solutions, the best thing to do is to just legalize it. If we can legalize other controversial things, like gambling, tobacco, and alcohol, why can’t we do it on prostitution?

Criminalization of prostitution, including other things that surround sex work, is not the real solution. Sex trade is here to stay, and by recognizing it as a legitimate form of work, all involved parties can receive guaranteed benefits. It would effectively lessen the burden on the government in terms of executing anti-prostitution laws and paying additional law enforcement. In addition, countries would increase their revenue through taxes, foreign exchange, and increased employment rate. Countries would also ensure safety environment for their people because sex workers will be required to undergo medical tests and receive adequate medical care. More importantly, legalization of prostitution would protect the rights of sex workers and give these people a chance to live a normal life they deserve.