The departmental council is a public institution serving the population. It makes crucial decisions regarding daily life and future projects. In France, there are currently 95 departmental councils. There is one for each department, except for Paris, Martinique, and Guyana. The last elections were held on June 20 and 27, 2021. Focus on the electoral system in Maine-et-Loire.

Conditions To Be Fulfilled To Be a Candidate

Generally speaking, to register to vote, you must

According to the electoral code in force, there are various cases of ineligibility that exclude candidates who already have heavy administrative, military, judicial and departmental responsibilities.Those who have committed financial irregularities are also excluded.

Departmental councillors are eligible for re-election, except for those declared to have resigned from office less than a year ago for failure to perform their duties. Note that candidacy in more than one canton is also prohibited.

There are 42 departmental councilors in Maine-et-Loire. Their mandate is fixed at six years. The election is organized at the level of the cantons, representing the department’s subdivisions. The 21 cantons of the department each have two representatives on the council.

Voters are called on the same day for all cantons. To win in the first round, the leading pair must obtain an absolute majority of the votes cast (more than 50%) and a quarter of the number of registered voters. If not, a second-round is organized one week later between the candidates (pairs) who received more than 12.5% of the votes. It should be noted that the top two candidates on the list will always compete in the second round even if they have not obtained the required percentage. Regardless of the percentage, the party that receives the most votes wins this time. Parties may enter into alliances to increase their chances of winning the election. In the event of a tie, the older party wins.

The administrative court is the competent authority to contest the result. 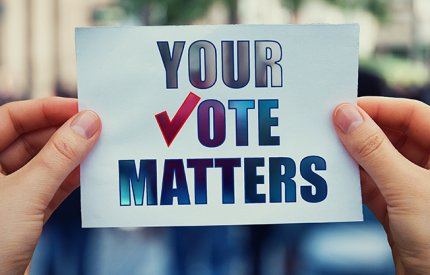 The Members of the Council

The election of the president immediately follows the election of the departmental councilors. It takes place at the first meeting of the new councilors and requires the presence of at least two-thirds of the members. As with the election, an absolute majority is needed (more than half of the votes cast). If there is no winner in the first round, a second round is held between those who have obtained the greatest number of votes. If there is no winner, a third and final round is necessary. Only a relative majority (the greatest number of votes) is required this time. In the event of a tie, the oldest member always wins. The election of the other members of the permanent commission is also held at this meeting.

In the last elections in Maine-et-Loire, the Right obtained the majority of seats on the board. Florence Dabin was elected president, the first woman to obtain this position.