Dictators in the Roman Empire

During the Republican phase of Ancient Rome, a Roman dictator was the special magistrate who held well-defined powers, generally for six months at a time, usually in combination with a consulship. Roman dictators were allocated absolute power during times of emergency. Their powers were initially neither arbitrary nor unaccountable in execution, subject to the law and requiring justification. There were no such dictatorships after the beginning of the 2nd century BC and later dictators such as Sulla and the Roman emperors exercised power much more personally and arbitrarily. A concept remained anathema to traditional Roman society; the institution was not carried forward into the Roman Empire.

After the collapse of Spanish colonial rule, various dictators came to power in many liberated countries. These caudillos or self-appointed political-military leaders often led a private army. They attacked weak national governments once they controlled a region’s political and economic powers, such as Antonio López de Santa Anna in Mexico and Juan Manuel de Rosas in Argentina. Such dictatorships have been referred to as “personalismos”.
The wave of military dictatorships in South America in the second half of the twentieth century left a particular mark on Latin American culture. In Latin American literature, the dictator novel challenging dictatorship and caudillismo is a significant genre.

Right-Wing Dictatorships of the 20th Century 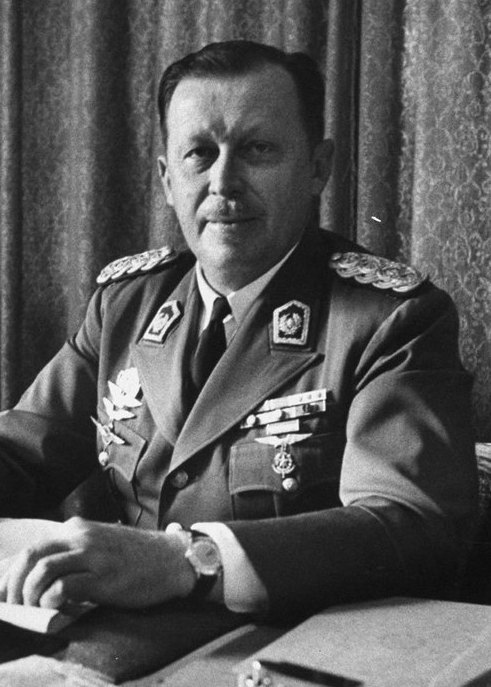 During the Cold War, several overthrows of socialist governments in South America were financed and supported by the United States’ Central Intelligence Agency. However, the United States had previously attempted to repress the communists via the “National Security Doctrine” that the United States imposed in the 1950s to indoctrinate the soldiers of countries led by them to confront the alleged “communist threat”.
Paraguay under Alfredo Stroessner assumed power in the 1954 coup against President Frederico Chávez, followed by the Brazilian military dictatorship, which seized power in the 1964 coup and deposed President João Goulart.
In 1973, the Chilean military dictatorship under Augusto Pinochet seized power after a coup d’état that ended the three-year presidency and ultimately the life of socialist president Salvador Allende. In the same year, the Uruguayan civic-military dictatorship seized power from President Jorge Pacheco Areco. Three years later, the Argentine military junta under Jorge Videla and later Leopoldo Galtieri deposed President Isabel Martinez de Perón.

Dictatorships in Africa and Asia After World War II

After World War II, dictators established themselves in several new states of Africa and Asia, often at the expense or failure of the constitutions inherited from colonial powers. These constitutions often failed to work without a solid middle class or work against the preexisting autocratic rule. Some elected presidents and prime ministers captured power by suppressing the opposition and installing one-party rule and others established military dictatorships through armies. Whatever their form, these dictatorships harmed economic growth and the quality of political institutions. Dictators who stayed in office for an extended time found it increasingly difficult to carry out sound economic policies.
The often-cited exploitative dictatorship is the regime of Mobutu Sese Seko, who ruled Zaire from 1965 to 1997, embezzling over $5 billion from his country. Pakistan is another country governed by three military dictatorships for almost 32 years in 7 decades. Starting with General Muhammad Ayub Khan, who ruled from 1958 to 1969. Next was General Zia-ul-Haq, who usurped power in 1977 and held on to power the longest until he died in an air crash in 1988. Ten years after Zia, General Pervez Musharraf got control after defeat against India in the Kargil war. He remained in power for nine years until 2008. Suharto of Indonesia is another prime example, having embezzled $15-35 billion during his 31-year dictatorship known as the New Order. In the Philippines, the conjugal dictatorship of Ferdinand Marcos and Imelda Marcos stole billions of dollars in public funds. At the same time, the nation’s foreign debt skyrocketed from $599 million in 1966 to $26.7 billion in 1986, with debt payment being reachable only by 2025. The Marcos dictatorship has been noted for its anti-Muslim killings, political repression, censorship and human rights violations, including various torture methods.
Dictatorships have been around long before we were born and will most likely outlive us. Even though it has many drawbacks, the race for power has always been the goal of many influential individuals.
Let us know in the comment below if you were ever under such a regime and who has been the worst dictator of all time.