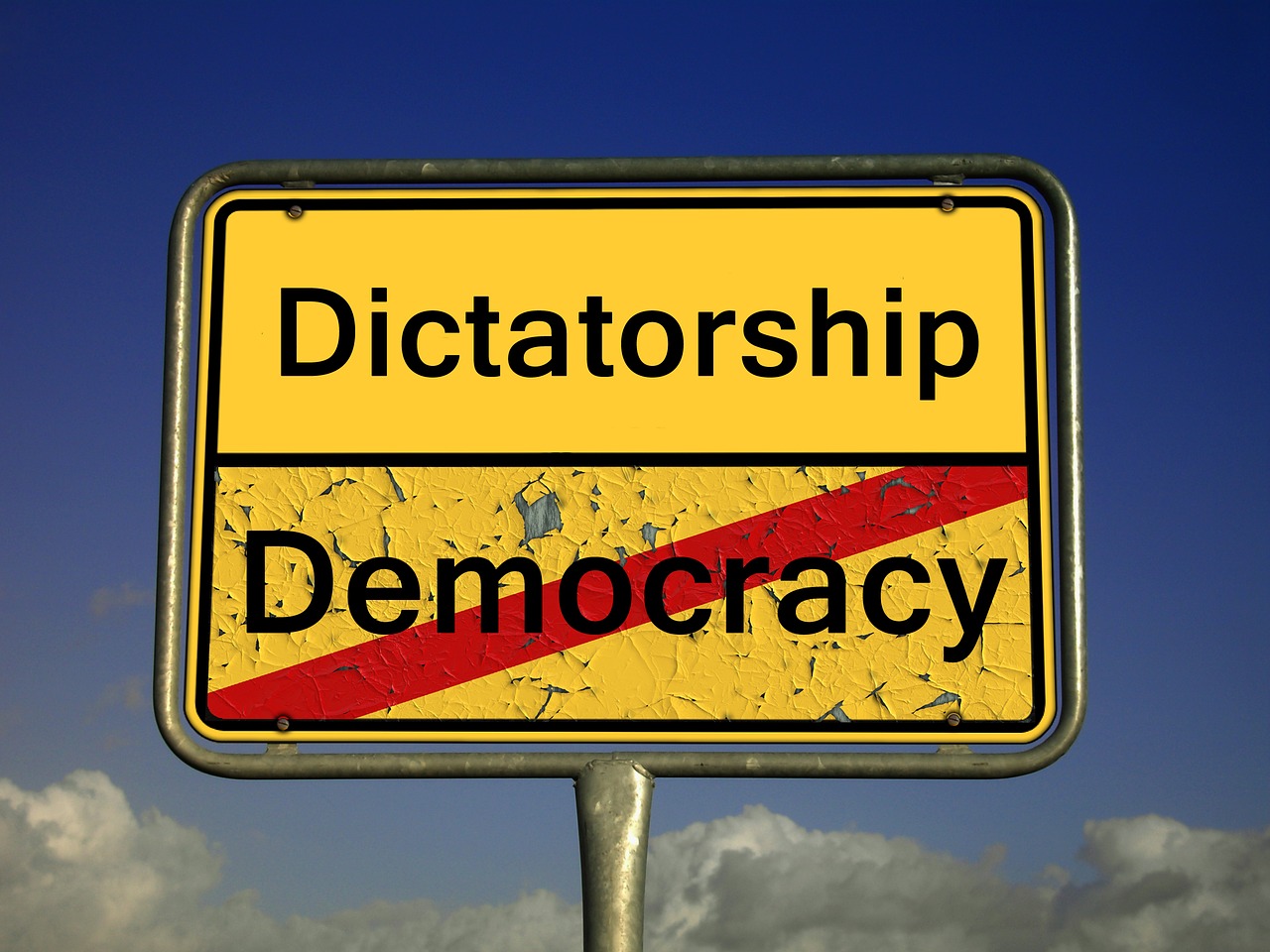 A dictatorship is primarily defined as a form of government in which absolute power is concentrated in the hands of a leader, a “small clique” or a “government organization” that aims to abolish political pluralism and civilian mobilization.

A newer form of government, originating around the early 20th century and commonly linked to the concept of dictatorship, is totalitarianism. It is characterized by the presence of a single political party and more specifically, by an influential and powerful leader (a real role model) who imposes his personal and political prominence. The two fundamental aspects contributing to the maintenance of power are a steadfast collaboration between the government and the police force and a highly developed ideology. The government usually has total control of mass communications and social and economic organizations.