Can You Sue The Police For A False Arrest?

False arrest, sometimes known as false imprisonment or wrongful arrest, occurs when someone wrongfully holds you against your will or takes you into custody. Both private persons and law enforcement agents can commit this crime when they act beyond or outside of the scope of their authority. False arrest is a crime and a civil harm, enabling the victim to sue for damages in a civil lawsuit.

What Constitutes a False Arrest?

Someone who intentionally and wrongfully limits or restricts another person’s personal freedoms, against the victim’s consent, commits the crime of false arrest or false imprisonment. For example, keeping someone locked in your home against that person’s will is false arrest.

Kidnapping is closely related to false arrest because both involve an unlawful detention of a victim. Kidnapping is also a more serious crime because the kidnapper intends to harm the victim, hold that person for ransom, or otherwise facilitate the commission of a felony offense. Some states also require that the victim is moved from one place to another for it to be considered a kidnapping.

Because false imprisonment involves the same basic actions as kidnapping, but without the more serious intentions, it’s known as a “lesser included offense” of kidnapping. 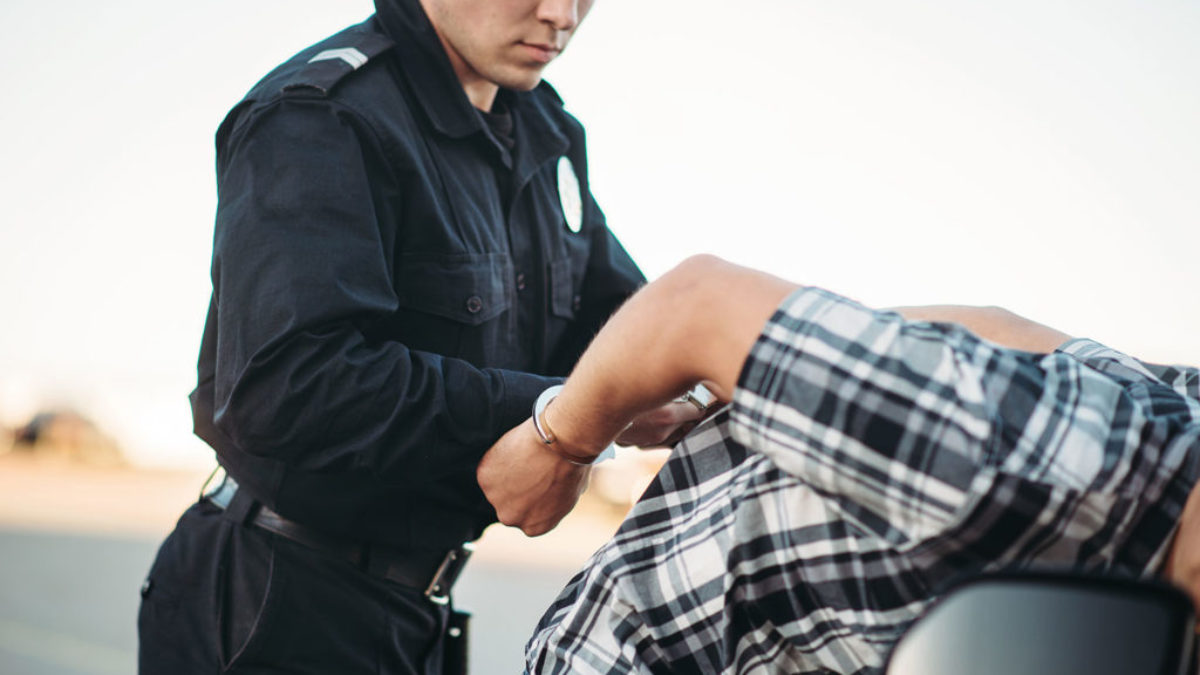 False Arrest Committed by the Police

When most people think about the police committing false arrest, they think it refers to an arrest that was not supported by evidence. But this is not the standard for measuring whether the police have falsely arrested someone. To be guilty of false arrest, the police must act without authority, or beyond the scope of their powers.

For example, imagine someone whom the police arrest based on another person’s sworn statement. The evidence later shows the sworn statement was a lie. However, as long as a judge found the statement reasonable at the time and issued a warrant based on it, the police acted properly in making the arrest. In this situation there is no case of false arrest against the police because they have the authority to arrest those they reasonably suspect of having committed a crime.

By contrast, suppose a police officer arrests someone because that person insulted the officer or did something the officer didn’t like. Insulting an officer is not a crime, and unless that officer has another reason to make an arrest, he is acting illegally. It’s possible, though unlikely, that a prosecutor could charge the officer with false arrest.

Responses to False Arrests and Bad Arrests: A Big Difference

In the first example just above, the police arrested a person on a warrant issued as a result of fabricated statements. In legal lingo, this is known as a “bad arrest.” If a court finds out the truth, it should set the defendant free. The released defendant can’t sue the police for unlawful arrest, but the person making the false statements might be arrested for making false statements, swearing a false oath, or even false imprisonment. Also, the released defendant might be able to sue that person for any harm suffered as a result of the arrest.

Just as importantly, even though the defendant knew that the basis for the arrest was untrue, he would have had no right to physically resist the arresting officers. Resisting arrest is typically a crime even if the officer is acting on incorrect information.

By contrast, the defendant in the second example would have a valid civil claim against the police officer who overstepped his authority and arrested the defendant for a personal reason, even if the officer is never charged with a crime. But in some states, physically resisting such an arrest even with reasonable force might land the defendant in hot water, even though the arrest lacked justification. For this reason and others, most criminal defense attorneys counsel never to physically resist an arrest. 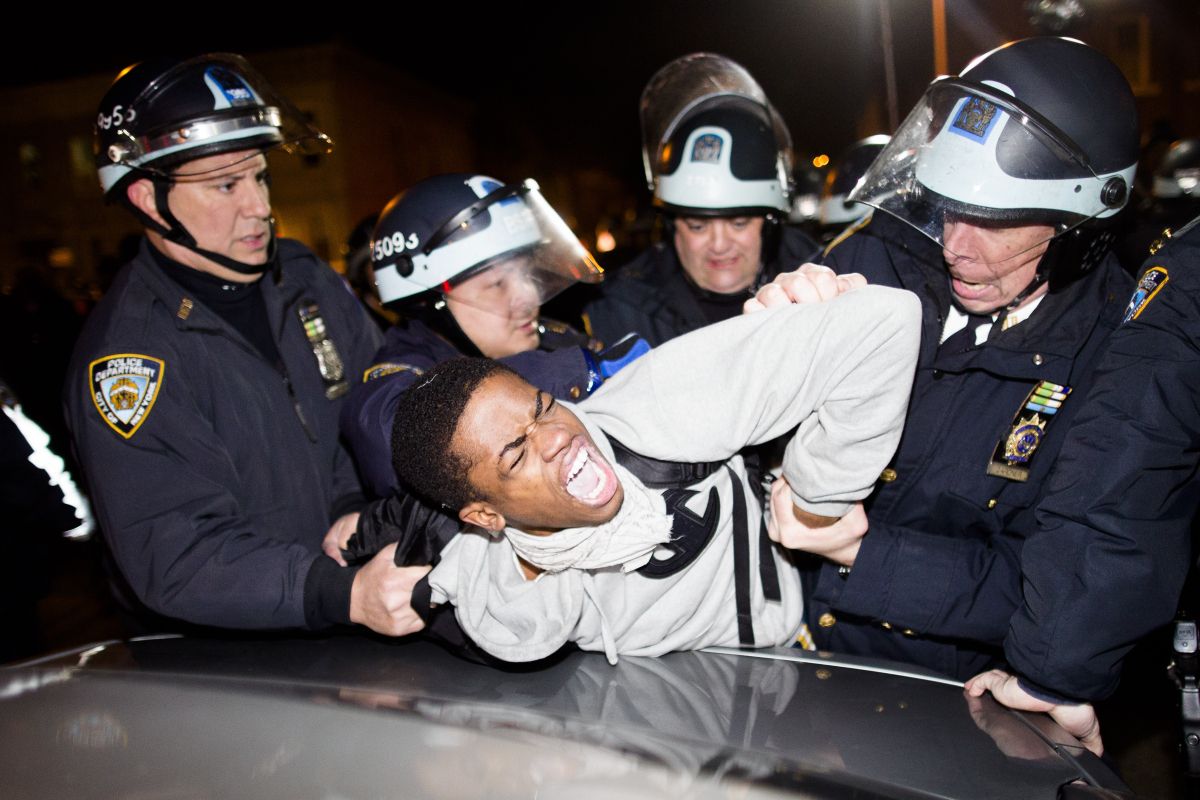 Private security guards can temporarily detain someone suspected of theft in order to investigate the situation or hold that person until the police arrive if they are reasonably certain that the person is shoplifting. If they aren’t certain and don’t have probable cause to believe someone has committed a crime, however, they cannot lawfully detain someone.

People who have valid claims of false arrest may also bring a civil lawsuit against the person who restrained them. Their argument is that they have been harmed, just as people who are victims of a car accident have been harmed. The harm can include the humiliation of being restrained, any physical consequences, and even consequences to the victim’s reputation.

For example, if a security guard wrongfully detains you, that guard might have committed the crime of false arrest. And you can sue the guard (or the store) for damages, regardless of whether the state chooses to file criminal charges against the guard.

When people claim that a member of law enforcement has falsely arrested them, they sometimes file a complaint alleging a violation of their civil rights. These civil rights lawsuits are known as “Section 1983” suits because they are named after the federal law, United States Code Section 1983, which authorizes them. These lawsuits are brought in federal district court.

People most commonly file 1983 cases after the police, prison guards, or other state officials use excessive or unreasonable force while acting in their official capacity, known as acting “under color of law.” For example, if the police obtain a search warrant to search your home and, while conducting the search, decide to use pepper spray on you and your family while you are restrained and not resisting, their actions violate your constitutional civil rights and you can sue them under section 1983.

On the other hand, if you and a non-uniformed, off-duty police officer get into a fight, that officer is probably not acting in his official capacity as an agent of the state and you probably can’t sue for civil rights violations.

People typically bring 1983 lawsuits when they have been subject to the unreasonable use of force by the police or prison guards, when they’ve suffered harm as the result of an illegal search, or for similar reasons. In these cases, a person harmed by the actions of state officials acting in their official capacity typically sues the individuals involved, their superiors, or the city or county government that employed them.