Once in a blue moon, you will hear of a person (or a group of people) who committed the perfect crime. They pulled a perfect heist or committed a perfect murder, and then were never caught by police. Perfect crimes are rare; even Ted Bundy couldn’t escape investigation.

While everyone remembers the criminal masterminds of history, not many people remember the klutzy criminals who end up practically arresting themselves. Or rather, if they do, it’s due to the sheer stupidity they have shown. Here are 10 incredibly stupid criminals and the weird ways they were caught. 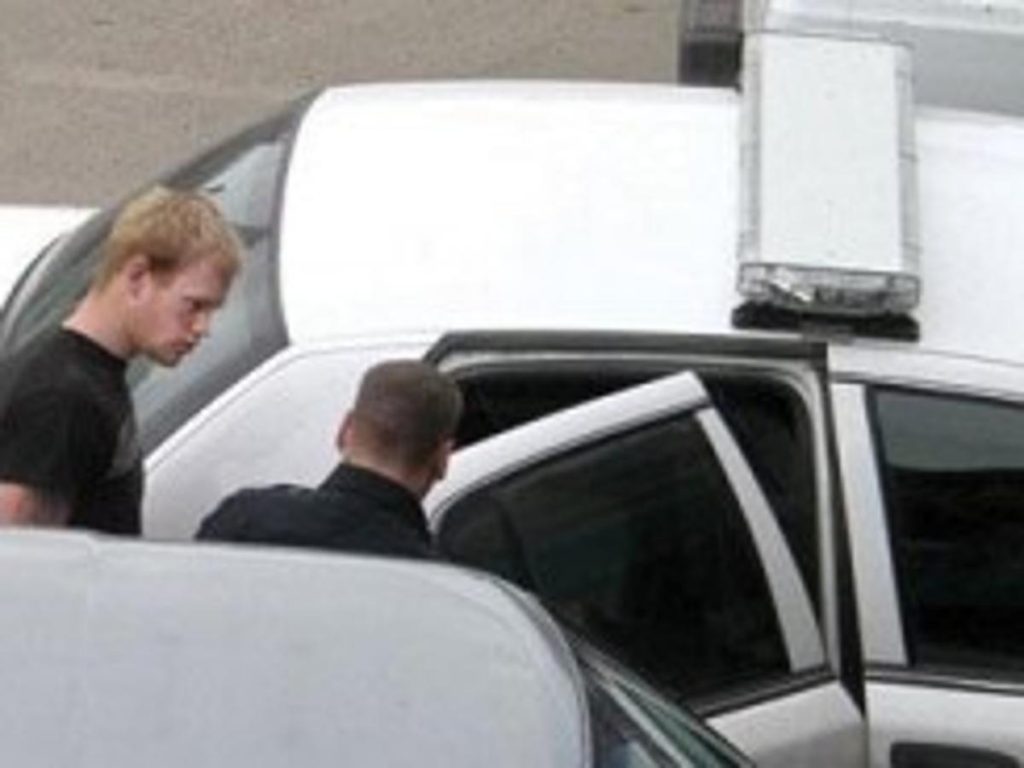 ‘Let Me Update My Status’

Cops found him by the Facebook data, cuffed him, and that was that. We guess that’s one way to get caught up in social media madness.

Christopher Wilson was a tweaker who decided that he was going to be the next D.B Cooper. After lighting up a pipe of the icy stuff, he came up with a brilliant idea to go into a hardware store and steal everything his heart desired. Unfortunately, as he left, he dropped a vial of meth that had his name and phone number on it. As you can imagine, it didn’t take too long to find him after that.

When Katy McCaffrey went on a cruise ship, she didn’t expect a guy by the name of Nelson to steal her phone. Yet, he did—and he decided that the best way to use a stolen phone would be to take selfies with it. The selfies were immediately uploaded to McCaffrey’s iCloud.

Being a pretty awesome girl, McCaffrey decided to upload the photos that Nelson took to her Facebook and introduce him to the world as the guy who stole her phone. It then became apparent that he worked at Disney, and that his name was Nelson. The shots went viral, and Nelson was caught while Katy made some snarky comments. He was put on “administrative leave” by Disney, and all was well with the world.

Well, at least he’s polite about it.

Manners are very important, but sadly, they aren’t always good to have when you’re trying to rob a bank. Over the years, there have been instances where criminals were caught due to the fact that they were just too polite. Such was the case with a mild-mannered Graham Price.

Price loved his job at the bank, and was so grateful, he decided to write a thank-you note. Unfortunately, he also had ripped off the bank of millions of pounds and mentioned that in the note as well.

57-year-old Marque Moore was a serial bike thief who made a living by selling the stolen goods on Craigslist. All went well for a while, until he unknowingly decided to sell a stolen bike to the person who was his victim. The victim lured him out, recognized his bike, and called the police. When cops searched his house, they found over a dozen bicycles that were also claimed stolen.

Goldilocks is the tale of a girl who breaks into a home she doesn’t own, eats a bunch of bears’ porridge, and then passes out on a bed that’s not hers. Believe it or not, some criminals were caught because they decided to reenact the classic fairy tale themselves. Such was the case with Lukasz Chojnowski, who was discovered by homeowners fast asleep in their bed. Though others have also broken into homes to take a nap, Lukasz Chojnowsk took it a little bit further. He actually did the dishes, bought groceries, and did his laundry. Go figure.

Two Welsh tourists by the names of Keri Mules and Rhys Owen Jones might have had a little bit too much to drink when they decided to break into Sea World in Australia. Keri and Rhys ended up letting loose a fire extinguisher in the shark enclosure and swam with dolphins. But, that’s not all. The two woke up in their rented apartment with a penguin they stole from the aquarium.

They idiotically tried to care for the penguin, but realized they were in over their head. Not wanting to get caught, they ended up releasing the penguin into a stream nearby. People noticed the strange activity, called the cops, and they were caught. Dirk the penguin was returned to Sea World shortly after his ordeal.

No, you can’t get reward money for turning yourself in.

Mohammad Ashan was a low-level Taliban commander who was listed as a wanted criminal by the US government. When America released an award for his capture, Ashan realized that he might be able to turn a profit by turning himself in. No one told him that you can’t keep the reward money for turning yourself in. Sadly, many criminals were caught this way, because greed really tends to override common sense.

A common twist in horror stories about writers involves the author’s words coming true. Scary, right? Well, it’s not always fiction. One crime author by the name of Krystian Bala decided to write an entire novel based on a crime he committed—the gruesome murder of Dariusz Janiszewski. The book, named Amok, drew so many parallels, authorities opened up an investigation. Bala admitted to the murder and was arrested soon after questioning.

Gary Rough was a Glaswegian plumber who decided to pull off a robbery. Seeing as guns weren’t legal in the UK, he did the next best thing he could think of: he armed himself with a cucumber inside a black sock.

He tried holding up a bookmakers’ while brandishing the legume, and unsurprisingly, was tackled to the ground by a police detective sergeant who just happened to also be in the betting shop. Rough claimed it was all just a prank then asked if he was going to jail for the crime. (The answer was yes.)

We’re usually fascinated by the perfect criminals, but I think we should be thankful that most criminals are like the numpties described above. Do you have any other stories to share? Let us know in the comments below.