It might be difficult to start a new work while also grasping the French labor rules. What you need to understand about working in France is outlined here. Read our part one for more understanding…

Some businesses may use a probationary term at the start of a contract. This allows both the employer and the employee to acquire a sense of fit. Employers can fire employees for any reason during the trial period without undergoing standard termination procedures. Indefinite contract probation periods might last anywhere from two to four months. It will vary depending on the duration of the contract for fixed-term contracts. However, for contracts of six months or longer, it might be up to one month. 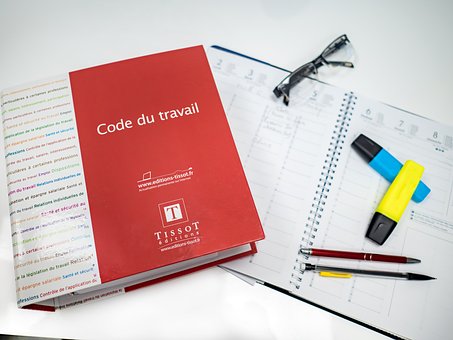 France has a decent minimum wage, fixed at €10.25 per hour as of January 1, 2021. Based on a 35-hour workday, this corresponds to €1,554.58 per month. Keep in mind that this is the minimum wage for people working informal jobs. Youths or apprentices could likely earn less. Your compensation is usually paid every month. If you work extra hours, French labor law states that the first eight extra times will be compensated at a 25% premium above your regular pay rate. Overtime after those hours is paid at a 50 percent higher rate.

According to French labor legislation, the typical workday in France is 35 hours a week. This, however, varies by industry and is subject to any collective bargaining agreements in place. You are entitled to at least a 20-minute break for every six hours you work on the job. Anything over this qualifies as overtime and should be reimbursed accordingly.

Of course, the specifics of your work conditions will be determined by your contract. Flexible schedules decreased hours, and sabbaticals are examples of this. To learn more, you should speak with someone at your company directly.

In France, night labor is defined as working between 21.00 and 06.00, with a maximum of eight hours per day and 40 hours per week (44 hours if governed by decree or collective agreement). If night labor is applied, the employees will receive rest days during the week and extra compensation.

Pregnant women cannot work night shifts, so they will be shifted to the day shift if they are usually in night labor.

According to French laws, employees who work 35 hours per week are allowed a minimum of five weeks of paid leave per year. Unless granted by your employer, you cannot take 24 consecutive days of annual leaves (four weeks).

Compared to other countries, your annual leaves are counted from June 1 to May 31. If you do not use the leaves into the year, they won’t accumulate into the next year, so you will lose the leaves if you don’t use them. The laws state that employers allow their employees to take 12 consecutive days between May 1 and October 31. 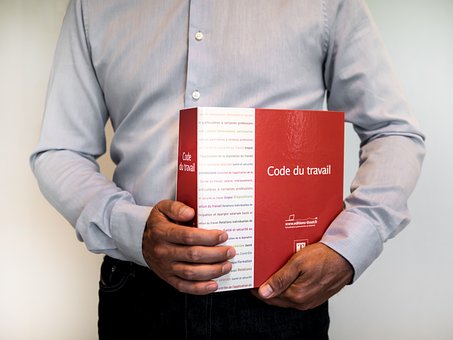 If you want to take consecutive days of annual leaves after these dates, it will depend on whether your employer agrees to grant you. Additionally, France has eleven national public holidays, and if you ever work on these days, you will make twice the pay for that day.

Maternity And Paternity Leave In France

Pregnant women should take between 8 and 16 weeks of maternity leave. If you are pregnant and already have two dependent at-home children, your leave may rise to 26 weeks, 34 weeks for twins, and 46 weeks for triplets. This may increase if you endure a high-risk pregnancy or expect more than one child.

Paternity leave varies between 14 to 28 days, but it may increase to 32 days if you expect more than one child. However, only three days of the leave are covered by the employer; the rest are covered by social security.

There are many more employment laws in France that you should know if you are willing to work there. We have a lot more to cover from sick pay, employee protection, and training; let us know in the comments below if you want to read more about employment law…