How to Combat Sexual Harassment in the Workplace

The latest revelations of sexual harassment by renowned film producer Harvey Weinstein are the latest in a seemingly endless series of blockbuster stories about high-profile individuals and allegations of sexual harassment, payoffs and cover-ups. Each story features sordid and disturbing descriptions of the victims – many of whom were ignored or dismissed when the incident occurred – followed by outrage and disbelief from co-workers, professional colleagues and the media.
There are steps that the government, employers and employeescan take to tackle these problems and achieve meaningful change. But this will require a deliberate, sustained and large-scale effort to target illegal behavior, change workplace culture and create a new normal. 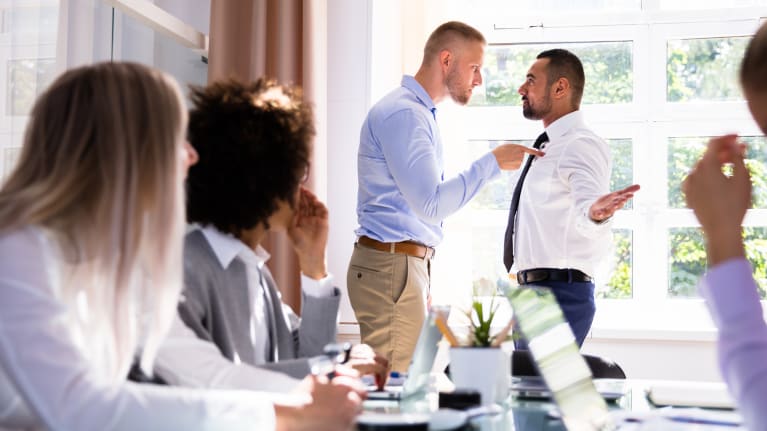 Eliminating harassment of any kind must start at the top of the organization to emphasize that such behavior will not be tolerated or accepted. This entails more than lip service; it means backing up words with clear accountability and transparency measures about the process. When President Donald Trump swiftly defended former Fox News personality Bill O’Reilly from multiple sexual harassment allegations, questioning the veracity of his accusers without any facts, he sent a message that women’s complaints must be viewed with suspicion or not believed. When he dismisses his previous crude remarks as simply “locker room talk,” he clarifies his tolerance for a workplace where disparaging words are ignored as inconsequential or harmless. All of this can be counterproductive to eliminating discrimination and can create a climate that discourages reporting of illegal behavior. Moreover, the selective choice of whom to believe on the basis of political or personal preferences makes the issue a partisan one when there should be a collective interest in creating a harassment-free workplace. Irrespective if it is the President of the United States or the manager of a local fast-food restaurant, management is key to creating a harassment-free atmosphere in the workplace.

Establish Equality as a Core Principle

A commitment to equality should be a founding principle of every workplace, to affirm firmly that everyone deserves equal treatment and equal opportunities to succeed. Sexual harassment undermines this fundamental principle because it interferes with a person’s working relationship for reasons other than their ability to do a particular job. In addition, sexual harassment is often used to isolate men or women and treat them as outsiders or objects with no role or power in the workplace. It is important that all actors in the workplace, whether employers, employees or enforcement officials, affirm equality as a guiding principle governing the functioning of every workplace.

Sexual Harassment In The Workplace

Promoting policies that help create modern workplaces where women’s participation is the norm, not the exception. This means tackling the different challenges women face, based on their ethnicity, race, economic status, and sexual orientation to understand unique intersections, maximize their full participation in the workforce, and identify responsive policies. This approach also recognises sexual harassment as a structural barrier that requires workplace-based solutions – not personal problems for which there is no solution. Clearly communicated anti-harassment policies and thorough and consistent training, especially for managers and supervisors, are essential to change workplace culture. Educating employees about the different forms of prejudice and strategies to combat them; measuring performance by how well employees address these issues; and creating accountability mechanisms that allow employees to raise concerns without fear of retaliation are all different strategies that can help improve the workplace atmosphere.

Vigorously Enforce the Law at All Levels

Enforcement bodies responsible for investigating and resolving complaints of sexual harassment must have the necessary infrastructure and resources to carry out their work, such as full staff to investigate cases, seek resolutions to ensure compliance with the law and access and analyze data. For instance, the Trump administration’s proposed FY 2018 budget proposes consolidating critical civil rights enforcement functions without new funding or staffing, which could impair agencies’ ability to investigate claims thoroughly. It is also essential that charges are taken seriously – from the time a claim is reported, throughout investigation and courtroom. This work could include, for example, training to ensure greater sensitivity in dealing with potential victims. It also means insisting on greater diversity among staff and officials throughout the justice process and ensuring that those chosen to administer justice – judges, prosecutors or federal officials – are committed to fairness, impartiality and thorough investigation. For example, research analyzing a data set of national appellate sexual harassment and sex discrimination cases found that the presence of a female judge significantly increased the probability of success for sexual harassment plaintiffs.

Let us know in the comment section if you have any other tips on fighting sexual harassment in the workplace.